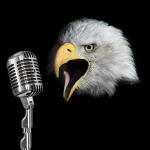 The sinister details of the Covid-Crime Against Humanity are coming to light, and while it is truly monstrous what they are doing, exposing the truth brings with it options to counter. The people behind the study documented in this video ran a test using Ivermectin, and it prevented the crystalline structure from forming.

Lithium appears to play a dual role. Not only does it have an effect as a drug, but it's also a conductor of electricity. The growing Hydrogel crystals are likely using the element as the basic building block to form their structures.

In bold here it says “it is clear that test sticks are a criminal tool of genocide in the population of Slovakia. This is a worldwide thoughtful and carefully prepared event.”

Tthese two images are of nylon hollow fibers at the broken end of test swabs.

“They're showing the tips of these fibers coming out from the swab, broken shaped ends - their task is to disrupt the epithelium, the surface layer of the mucosa. Therefore also their breakage and subsequent leaching of the fiber content. The fiber content has been DARPA hydrogel and lithium.

“This is an up close view of one of these fibers and the caption reads ‘longitudinally open fiber with a broken end and DARPA hydrogel content balls’.

“…after contact of the DARPA hydrogel with organic fluids, for example, saliva, within a few minutes, the DARPA hydrogel begins to form rectangular crystal structures, which gradually grow in a fractal manner. So it looks like these here are the beginning of the growing. They look like plus signs. But they keep growing in a fractal fashion, which is very interesting. And look how complex it gets at this point. Now this is very strange, these are right angles. This is just mind boggling. What we're looking at here we're seeing right angles. And this is apparently growing. So it started with just some plus signs, which is strange enough when they added saliva to the DARPA hydrogels.”