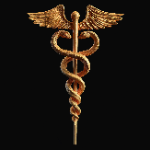 I've been in practice now 45 years, I follow patients and their families for 10 years, 20 years. I have an overview of longitudinal development of children, adults, their children. I can conclude, 3G was an absolute disaster. It is very clear from the physics of 5G that's going to be disaster squared.

It's clear Wi-Fi 2.4 gigahertz was used for destruction, it was developed to make masses of the population docile. Before it was mass introduced, it was known that over two or three generations of exposure, it would turn an entire population infertile. The effects of that, we are seeing.

Come 2019, the estimate is that half the population will die with Alzheimer's disease, entirely driven by their exposure to Wi-Fi. It's a disaster that is already happening

My expectation is that it's going to be dehumanizing us. It may not have clear medical effects, but certainly have huge effects on the subtle aspects of humanity. Absolutely, no question, because it's exactly in those frequency ranges, where our higher functions of consciousness, of compassion, of love are. I cannot go away from thought that may be intentional, that this has been long planned for, because we had other technologies, we had fiber optic systems, which were fantastic, and they were healthy for us. And there was a decision made at some point, no, we're not gonna go intelligently here. We're going to go for the total destruction of the human condition.