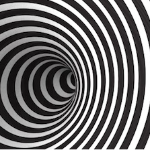 From the Gates of Babylon to the Kodak Center, what does Hollywood have in common with the creation of civilization? Where there is royalty there are subjects and slaves. Learn how pop culture is a magickal spell leading humanity down the path of social Darwinian stratification and class warfare. See how the military uses the entertainment industry for propaganda and covert operations. Are celebrities victims of mind control? Who is the Scarlet Woman and how many times can she be incarnated at one awards ceremony? Learn about the revelation of the occult method, the Super Bowl-Grammy Ritual Spectacular, and much more!