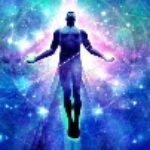 In 2009 in the skies over Norway, and visible for considerable distance as measured by polar coordinates, an optical phenomena rendered directly out of a Steven Spielberg movie appeared in the sky. There has been endless speculation from missile tests to a unique mode of operation of the ionospheric heating phased array in nearby Finland.