THE KNOWLEDGE OF THE FOREVER TIME 3 ALIEN CONTACT 2016 I.V. 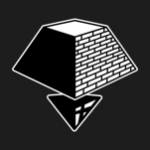 Conspyre
3 days
22 Views
Share Add to
Want to watch this again later?
Sign in to add this video to a playlist. Login
0 0
Embed (Iframe): Embed (Object): Link (HTML): Link (BBCode):
Sign in now!
Category:
Documentary
Description:
The Knowledge Of The Forever Time, ( Episode 3) has once again rewritten the pages of our history. The film "Contact 2014," revealed a hidden alien message that is found in nearly every home video in the world. It is a repeating message from an alien source that is beyond our world. The movie, "Contact 2014," is a film that was made for the general public, and its repeating message was made for the slowest among us.

However, "Contact 2016 I.V," is a complete departure from the first. This film is created for the intellectual and the most intelligent of us. It reveals a captivating and riveting story that is so powerful that it will shake you from head to toe. The knowledge is over powering and the intelligence can only be described as, "Decadent." This film reveals an intellectual connection between the UFO's and our world, and understanding this alone will completely bring you to hyperventilation. This film is truly made for the brightest among us. It is brilliant, awesome and full of wisdom, and it is truly for the intellectual......be one of them.